The BioExM Network for Exploration of Natural & Synthetic Biology integrates the University of Manitoba campus’ highly interdisciplinary research of synthetic biology under one umbrella.  This new network of researchers, students, and industry partners will put Manitoba at the forefront of research in structural, synthetic, and digital biology.  The educational arm of the network also includes iGEM.

Mission: The BioExM Network for Exploration of Natural & Synthetic Biology was established by the Faculty of Science at the University of Manitoba to integrate and strengthen U of M research, with the goal of focusing on synthetic biology as the most advanced pursuit of multidisciplinary research in the biological sciences. It provides advanced resources and expertise in structural, digital, and synthetic biology to its members and external users.

The network utilizes two facilities, the Manitoba Institute of Materials that houses a Cryo-Electron Microscope, and a crystallography facility in the Faculty of Science. BioExM’s strong connections to the Manitoba Centre for Proteomics and Systems Biology (MCPSB) are intended to facilitate interactions and services for all types of OMICS research. 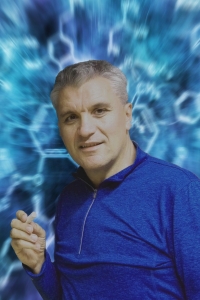 Ned’s research interests lie in the development of in vivo methods for introducing genetically encoded protein modifications into individual proteins, complex protein structures and entire proteomes with the goal of producing synthetic cells. He is considered a pioneer in the field of genetic code engineering. His contributions to this field have been recognized in earlier phases (BioRegio Award, 1998, BioFuture Award, 2004) of his career and recently (Publication Award of the German Chemical Society, 2017 and Innovation Awards 2018). 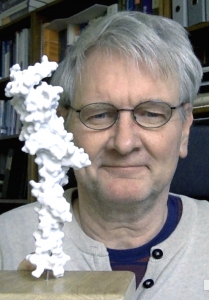 Jörg conducts research in structural biology with the goal of gaining molecular insights into receptor-ligand interactions to therapeutically impact human diseases. His work on extracellular cell surface receptors and their interactions with various ligand molecules has a high translational impact, especially on the design of humanized therapeutic strategies based on high-resolution structural data. He also distinguished himself with rigorous structure-property studies of S-layer coiled-coil assemblies from extremophilic Archaea bacteria that could be used to develop unique monitoring and remediation devices for the oil and gas industry. This discovery enabled the establishment of the Center for Oil and Gas Research and Development (COGRAD) in 2014. 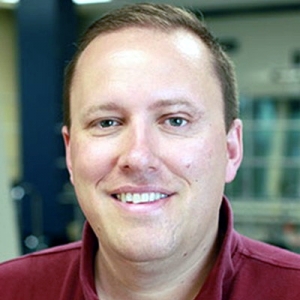 Sean is interested in RNA-protein interactions in various biological systems using a combination of biochemistry, structural biology, synthetic and molecular biology. His team has been at the forefront of identifying and characterizing helicase enzymes that regulate telomerase activity via unwinding of a newly discovered RNA structure known as a G-quadruplex. Funded through the Canadian Cancer Society and CIHR, his current research is specifically aimed at the development of nucleic acid-based therapeutic interventions that exploit the key role that telomerase plays in malignant tumor formation. 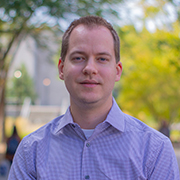 Olivier’s interests are in the areas of bioinformatics and human computing and particularly, all aspects of genome and biological sequence evolution, as well as human computing and crowdsourcing games. His current research focus lies in analysis of tRNA gene evolution in bacterial genomes, with the goal to elucidate the evolution of the tRNA genes in terms of their numbers, their organization in the genomes, their sequences and their functional identity. He is also interested in theoretical problems such as the calculation of distances between phylogenetic networks, and human-computer interaction research such as the study of gamification features in the context of citizen science, human computing and health applications.