Get the most authentic science experiences you can!

Honours students’ experience in scientific research, from the inception and planning stages through experimental execution, data analysis, written reporting and oral communication. They receive support from and are evaluated by their Honours committee which consists of an advisor and two additional committee members.

NOTE: Deadlines and details for any awards not provided here can be found in the University’s Award Database.

Up to three awards of $500-$750 each will be awarded to the top applicants to support their honours thesis work. Candidates must be enrolled in BIOL 4100 and will be required to submit an electronic application to the Chair of the Honours Thesis Committee.

The application should include:

An annual ~$1375 award for the best honours thesis, which is decided by the Honours Committee after the final oral defence. Upon his retirement from the Department of Biological Sciences, Dr Graham set up an endowment to support this award. 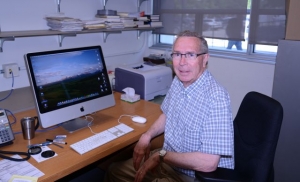 Dr Graham came to the University of Manitoba in 1970 and taught Introductory Biology, Invertebrate Zoology and Parasitology. He always considered the Honours Thesis to be an important component in the training of a scientist in Biology and felt strongly that the best and brightest young students should be recognized for their achievements.

$4500 is available for students who have completed year 3 of study in BSc Honours and are currently enrolled full-time in the Honours programme. It requires demonstrated academic excellence (no minimum GPA cut-off) and demonstrated financial need.

INFORMATION FOR ADVISORS AND COMMITTEE MEMBERS

Students receive feedback from their committee during two formal meetings before the final defense. Forms to be completed by each committee member:

SOME ACCOMPLISHMENTS OF FORMER HONOURS STUDENTS: