In the early to mid ’80s, as Computer Science (CS) was developing as an independent and (somewhat) recognized discipline, the sense of community among CS students, both Co-op and No-op was increasing. Students in CS were far less likely to remain in little cliques of students from whatever high school they came from. Also the number of international students began to increase and we had a very diverse study body. Computer Science was its saw its first huge spike in enrollment in the mid 80s (e.g. a 3rd year course with 280 students in a single section) and it was at this time that social activities began to take off, probably because there was a larger and more interesting group of students in CS from which to find those inclined to organize events. You might wonder if CS geeks socialize. The answer is definitely yes and, occasionally, in some interesting and unusual ways.

In earlier times CS has a standard end-of-year party (the “Ralphies” named in honour of our department head – Dr. Ralph Stanton). This was a much looked-forward-to event for all students and staff that included skits and a number of infamous and well earned awards. There was also a yearly Christmas party at the end of the fall term just before exams that included gifts from “Santa” for deserving recipients. With the advent of Co-op, lead by Dr. Michael Doyle, the summer-term “Doylies” parties were added typically including a large BBQ by the river and a staff-student soccer game in the quad.

In addition to those core, repeating, events there were a number of one-off celebrations recognizing specific events or traditions. These ran from the truly spontaneous (green beer day in Operating Systems class – it was a different era then) to the well-planned such as the “Great Tie Contest” of 1984/5. 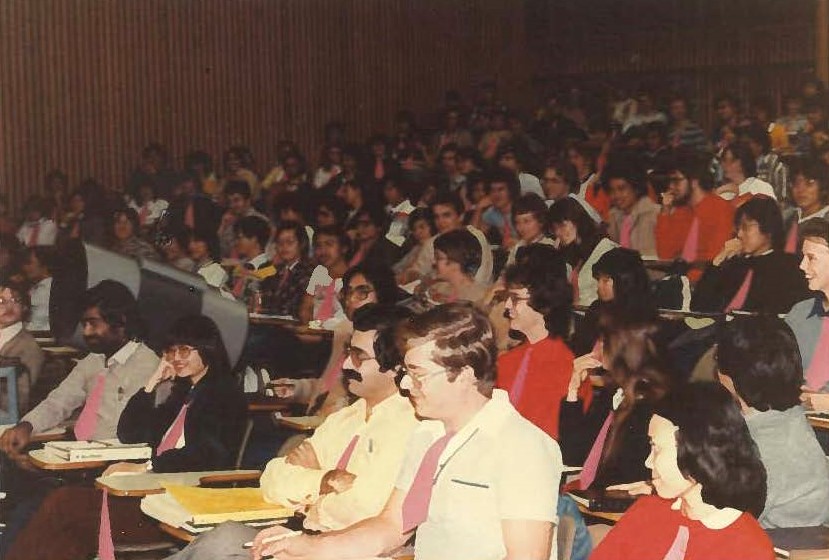 This contest was based on a popular rumor (no doubt in my mind, true) that Ralph Stanton would wear *any* tie ever given to him. This included a pink cravat which was truly remarkable and lead to a “big brother” tie that was 6 stories tall and was hung yearly on the Faculty of Mathematics building at the University of Waterloo which is where Dr. Stanton came from. With such ties in mind Computer Science held a content, open to all, to try and find the ugliest tie possible. the event was MC’d by Dr. John Bate (in a tuxedo no less) and by Mike Rogers (wear a black cape) and featured a long list of competitors with some truly revolting ties as well as a few with very inventive ones (bubble wrap and blinking LEDs anyone?) The event, like many others, was a huge sucess and really helped create an esprit de corps within Computer Science at a critical time in the department’s evolution from a small niche ara to one with many hundreds of students and link to virtually all other academic disciplines. 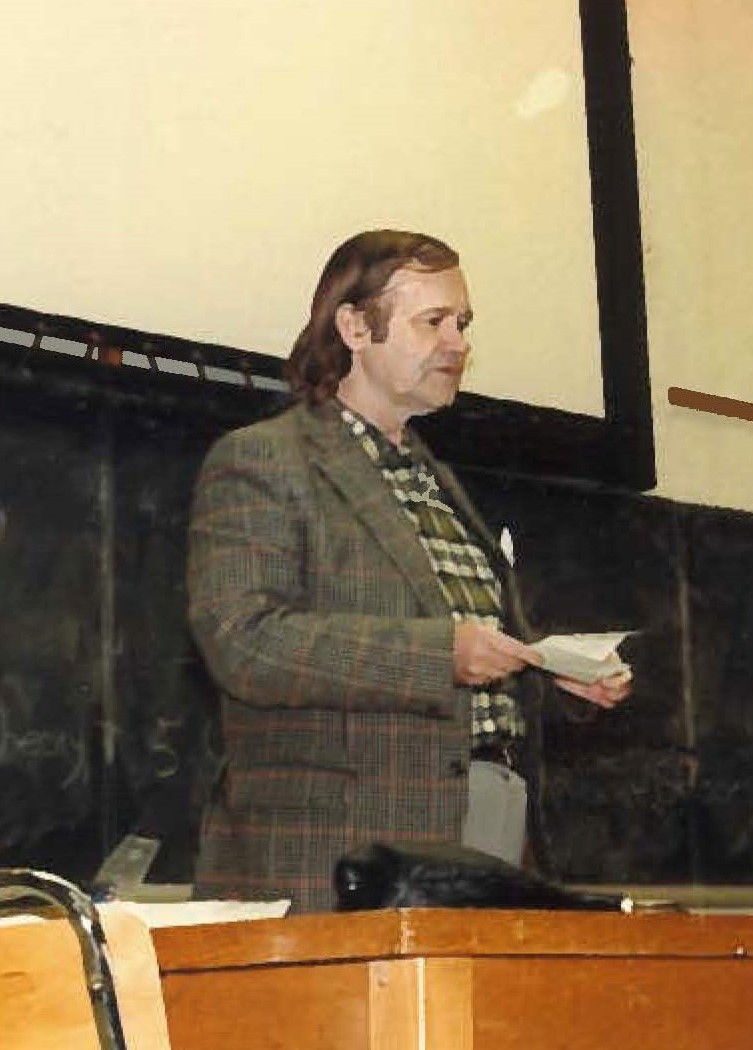 Computer Science (CS) is now ubiquitous with a presence of some sort in virtually every home and office throughout a huge percentage of the developed world. This, of course, includes in Winnipeg and Manitoba. Computer Science really started at the University of Manitoba in 1972 as a part of the newly independent Faculty of Science (formerly a part of the Faculty of Arts and Science ala the University of Toronto). Many of our early faculty members came from the University of Waterloo, recruited by the Department’s first head, Dr. Ralph Stanton. In and around Winnipeg, as elsewhere, the use of computers in industry was taking off. New applications were being created continuously and demand for CS graduates was high and growing. About 10 years after the Department’s founding, its link to the University of Waterloo lead to the creation of a Co-op (cooperative education) option under the leadership of Dr. Mike Doyle, a University of Waterloo alumnus and former head of the Computer Centre at Waterloo. This was the first co-op program at the UofM and remained the only such program for many years. This idea was, and is to this day, simple – student learn better by interleaving their courses with practical work experience (what today is much touted as a form of “experimental learning”).

Co-op in Computer Science started off modestly with a relatively small initial cohort of perhaps 30 students but it was an incredible success from the start and grew rapidly to the point where we have often had many more job placements available than we have had co-op students to fill them. Both the department and local industry came to realize the value of this form of education and the co-op program has enjoyed strong support from outside the University throughout its now long history. The program has naturally grown in size and now regularly places students not just locally but in a number of jobs around the world in places such as, not suprisingly, California where many of the best-known hi-tech firms are located in addition to as well as further afield in, for example Germany and Japan among many other countries outside North America.

An early side-effect of the creation of a co-op program run in parallel with the existing honours and majors programs was a healthy environment of friendly competition between the co-ops and the so-called “no-ops”, a play on words referring to a typical NOP (“No-operation”) instruction commonly supported on many computers. A strong sense of camaraderie developed quickly among the, originally smaller, group of Co-Op students that continues to this day. Co-op students feel a real sense of identity that is hard to maintain given the large enrollments now seen in all CS programs (over 900 honours and majors students, including co-ops at last count). The co-ops quickly created their own social organiation and events and contributed greatly to the student life seen within the department for co-op students. During the earlier years of CS (and, of course, well before the advent of social media) this was a strong factor contributing to the success and cohesiveness of CS as a discipline as we now see it.