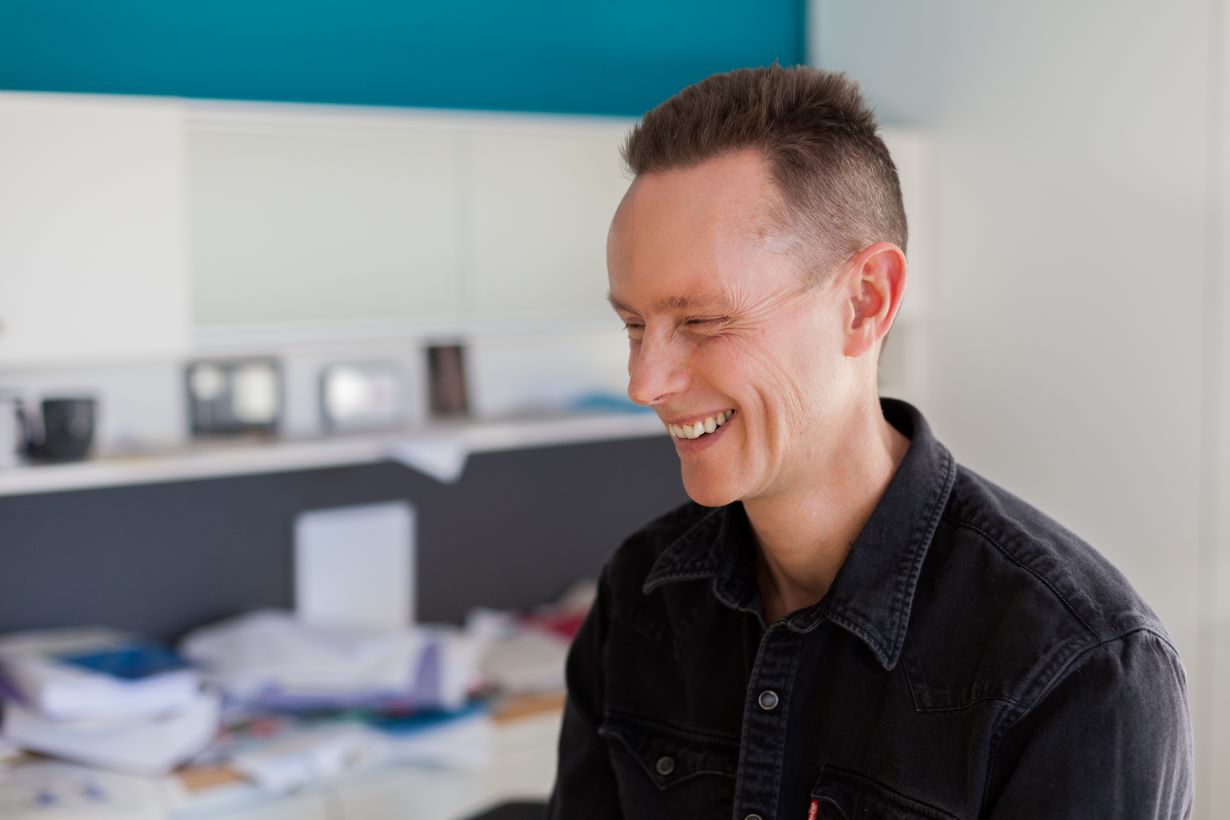 Growing up, Steve Kirkland wasn’t very interested in math. It’s an irony not lost on the man now heading the UofM’s Department of Mathematics. More interested in theatre and performing in school plays, it wasn’t until the end of Grade 7 when Kirkland’s teacher suggested that he and a few of his class-mates study independently, that he developed more of an interest in the subject.

“[Mrs. Dupont] said, ‘You know what? You shouldn’t bother coming to the Grade 8 math class. You should go and work on your own … just skip the Grade 8 stuff and start working on your own on the Grade 9 stuff.’ Then I just sort of felt I was up for the challenge. Math became more and more interesting to me, and important in all that was this vote of confidence that had been given to me by my junior high teacher. I felt like ‘this is something where I’ve been endorsed, something that I can do’. No surprise, I took an interest in it, and I did well.”

Kirkland initially focused on becoming a mathematics teacher, unaware of other options for someone with his skill set. During his first semester at university he realized that career path wasn’t for him. The material he was learning, Kirkland says, was far more interesting. He began to be consumed by the concepts to which he was introduced.

After completing his BSc at UBC in 1984, Kirkland went on to study at the University of Toronto for his MSc and PhD. It was during his PhD and post-doc years that Kirkland met the academics who would prove to be his biggest inspirations, providing him with the training and life lessons that propelled him to this point in his career:  Chandler Davis (University of Toronto); Norman Pullman (Queen’s University) and Michael Neumann (University of Connecticut).

Currently, Kirkland is working on a problem similar to what is known in traffic networks as Braess’ Paradox.  In this scenario, a new connection is added to a network with the goal of making it easier to get around. Paradoxically, this new connection may make the network more difficult to navigate.

“[Braess] was a game theorist. He postulated that this was possible, where you could have this road network and you could open up a new road and make everybody’s travel times increase. It’s actually a real thing. This thing about adding in the new connection is counter-intuitive. It’s surprising, but if you pause for a second and think about it a little bit more you realize: ‘Oh, you know what? I’ve actually seen that.’ So that’s the thing I’m working on right now. I’m just at the beginning of trying to understand this thing.”

Kirkland’s research focuses on two main things:  networks and matrices, and how they work together. A network can be thought of as a picture, a collection of dots with lines between some of them. The idea is that the lines keep track of whether two things (represented by the corresponding dots) are related or not. Facebook is an example of a real-life network. Networks are also useful in analyzing protein interactions. Another good example is found with spin networks in quantum physics. Kirkland describes the process as a “very flexible way” to analyze a myriad of different scenarios at the same time.

An array of numbers associated with a network is called a matrix. The algebraic and analytic properties of the matrix help to understand the network.

“It’s an ongoing dialogue between the two types of structures. You’ve got a network structure and then you have this algebraic structure, and they’re talking to each other. What you want to do is take whatever side you feel like working with today, say you use the matrix side, and we’re going apply that to the network and we’re going to see what we can use to further our understanding about it. Tomorrow, we’ll take the network and we’ll apply that idea to see what we can understand about the matrix. Boredom is not an issue for me.”

Kirkland admits that his biggest challenge is finding the time to do the work.  He points out that for mathematicians, unlike people who work in the physical or life sciences, the constraining factor isn’t money, but time.

“You need the time to be able to process the ideas, to formulate your questions in a way that’s going to be mathematically tractable, and then to get in there and do the work. That’s a meta-challenge. Just carving out the time to do the thinking. Unlike a physical science, where I would gather up my team of graduate students, line them all up and say “you run that machine, you do this statistical analysis, and you do the programming”, for mathematicians, it all happens upstairs.” 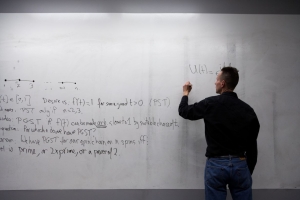 As with most research, solving one question usually results in the generation of several more problems. Kirkland acknowledges that it’s a good problem to have.

“It’s a great gig. What I like about it is that it’s an open horizon. I frequently get asked by people who don’t know a lot of mathematics ‘Isn’t it all ‘done’?’ There’s some illusion that either the Greeks or the Germans or the French or somebody knocked it all off, that it was all wrapped up by sometime at the end of the 1800’s.”

“What I like about mathematics is that the limitations on what you can do are your own personal limitations. Because it’s the domain of the mind, the constraints are the ones inside your head. But that’s great, because there’s an openness to it where you can pursue things for as long as you care to, until you completely resolve a problem or until you get to an impasse. It’s really rewarding. You can publish a paper then. There are lots of great papers that end with a big pile of questions. That’s inspiring.”