In October 2020, Madison Chapel graduated with a BSc. Honours degree in Microbiology, now she’s at the frontlines of Canada’s national genomic surveillance program for the virus that causes COVID-19, something which she credits is thanks in a large part to the opportunity she had to participate in Science Co-op during her undergraduate degree.

Now working full-time at the Public Health Agency of Canada she states, “I have a front-row seat to the emergence and spread of new variants in Canada.” This causes her to her remain vigilant in her work. She reflects on when they first spotted the B.1.1.7 variant of concern in Manitoba and then watched it relayed on the evening news in the days that followed.

Madison remarks that a lot of her day-to-day work revolves around data cleaning, as she is responsible for inputting huge amounts of data samples from labs across Canada into the national database. Her job is to make sure the data is consistent and of high quality. She then generates reports that go out to the provinces as to what kinds of genomes there are and if there are any variations of concern.

Her interest in science and more specifically microbiology started in early high school with a book she was given by her mother called, The Hot Zone, by Richard Preston, about the Ebola outbreak. Light reading for the average young student not quite, but this book sparked a passion in her to find better methods to better combat challenges brought out from emerging pandemics. However, if you would have asked 9th grade Madison what type of career she would have, she never thought it would have been working from the computational side, I wasn’t always very comfortable with computers, I thought I would be working in the lab with the deadliest viruses ever, and now I am much more content to be not doing that.”

Her passion for bioinformatics started in her 2nd or 3rd-year of university with a course in molecular evolution. Which she describes as, “using computational methods to analyze biological data.” In this class, students had to find genome sequences for different organisms and had to put the information into a computer program that generated a phylogenetic tree. She remembers, “everyone else in the class was thinking, why do I need to know a computer programing to do molecular biology? And there I was thinking, this is the coolest thing in the world,” she laughs.

Madison says, “There’s not a chance that I would have found this field without Science Co-op at the UM. I learned an astounding amount in each of my Co-op placements. She proclaims the job she has now is a direct result of hard work and her Co-op experience.

“Co-op is really designed to train students for what work will be like after graduation. I feel I would not be nearly as confident in my current job as I am. I would not have known that this is what I wanted to do, but I was able to do explore three different work placements in very different sectors.”

Science Co-op placements can take you halfway around the world as Madison can attest, one of her placements was in Singapore. There she worked on two projects in Dr. Lit-Hsin Loo’s lab at the Bioinformatics Institute, one computational and one in a wet lab. Her research focused on fluorescent probes that bind to proteins in cells. They were both greats project, explains Madison, but the latter was also really quite beautiful to see illuminated under the microscope. Her only regret was that the placement was only four months, as it was such a valuable experience in such a beautiful place. 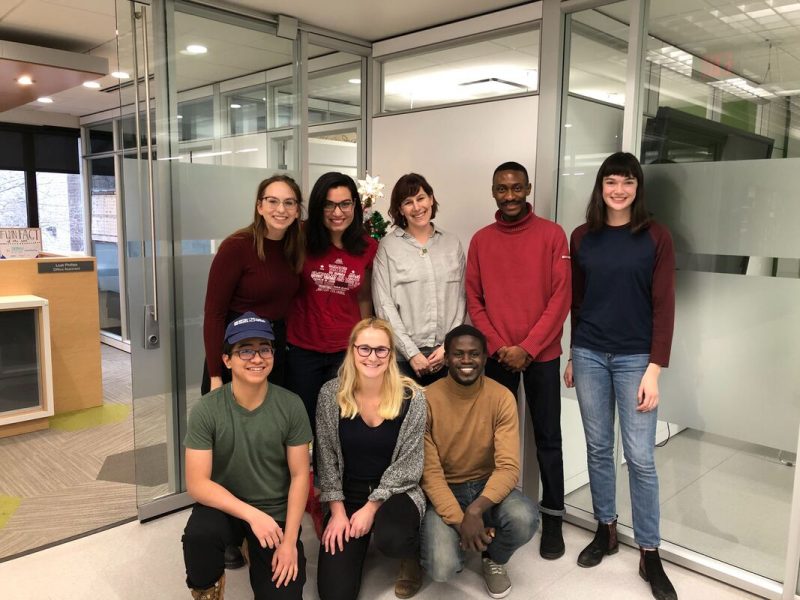 Madison wants students to know that they should take full advantage of their degrees.

“Gain as much experience as you can during your degree. There is this huge pressure to get your degree done in four years, instead focus on the valuable experiences that you get beyond your studies.”

This includes taking advantage of not just Co-op but applying for summer undergraduate research opportunities and Undergraduate Student Research Awards, (URSAs). Madison received a URSA Award in 2018 and was supervised by Dr. Georg Hausner and Dr. Ayush Kumar. For her Undergraduate Honours project, she worked on genome sequencing with Dr. Aleeza Gerstein, a great mentor of hers. Working with Dr. Gerstein, Madison researched how low doses of drugs used to combat Candida albicans cultures allowed the organisms to become resistant to the treatments. She remembers Gerstein showing her the specific well in the plate where the samples started to display tolerance to the drug, she remembers saying, “Amazing! Evolution in action!”

While completing her undergraduate degree Madison was also a Bison Track and Field athlete and modeled on the side with Panache modeling agency, she took a gap half-year in 2015 to work in southeast Asia (the Philippines and Thailand).

What’s next for this globe-trotting, soon-to-be cutting-edge researcher, UM alumni, and scientist you ask? She hopes to take every bit of experience that she gains from her current job and apply it to graduate studies in bioinformatics and confirms that, “although I may be studying out of the province, Manitoba is 100% my home”.