The International Day of Women and Girls in Science highlights the contributions and achievements of female scientists, and is celebrated on February 11 this year (follow along on Twitter via the hashtag #WomenInScience).

According to the UN at present, less than 30 per cent of researchers worldwide are women. According to UNESCO data (2014 – 2016), only around 30 per cent of all female students select STEM-related fields in higher education. Globally, female students’ enrollment is particularly low in ICT (3 per cent), natural science, mathematics and statistics (5 per cent) and in engineering, manufacturing and construction (8 per cent).

Below, the Faculty of Science presents in no particular order inspiring female scientists, who have been interviewed recently about their research, teaching and careers. 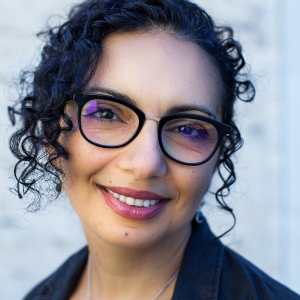 A Kilonova in our neighbourhood

Astrophysicist, Samar Safi-Harb, Canada Research Chair in Supernova Remnants Astrophysics, named Women’s Executive Network (WXN) 2017 Canada’s Most Powerful Women: Top 100 Award winners in the ‘trailblazers and trendsetters’ category. Dr. Safi-Harb’s recent research purposing that merging of two neutron stars relatively near the Earth has created a “kilonova remnant” has just been published in the February 2019 issue of the Journal of the Royal Astronomical Society of Canada. 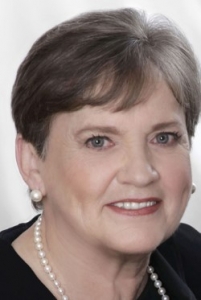 Statistician, Shirley Mills, [BSc Hons /69, MSc /70, Cert. Ed./71] recipient of the 2019 Faculty of Science Honoured Alumni Awards. Dr. Mills co-founded the Statistical Association of Manitoba (SAM). She developed the first graduate course in Data Mining in Canada; a course which since its inception twenty years ago has become the largest enrollment graduate course in mathematics and statistics at Carleton, with wait lists as well. 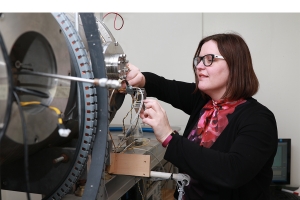 Chemist, Jennifer van Wijngaarden, explores microwave and infrared spectroscopy and the fundamental properties of molecules: to generate new species of molecules that aren’t stable under normal atmospheric conditions, the types of molecules found around stars and far-out planets and moons that drive the evolution of the Universe.  Dr. van Winjngaarden, is the faculty organizer for Empowering Women in Chemistry: A Global networking event, which takes place in the Science and Technology Library, on February 12, 2019. 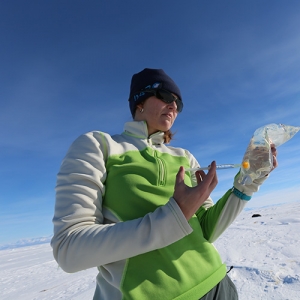 From one extreme to another

Comparative animal physiologist, Allyson Hindle [BSc (Hons)/00, MSc/02, PhD/07] recipient of the 2019 Faculty of Science Honoured Alumni Awards. Dr. Hindle was shortlisted by the Canadian Space Agency,  not once, but twice. Currently she studies animals that naturally possess extreme physiological traits. She hopes that by discovering the means by which diverse species endure extreme conditions (known to be challenging for humans) she will help to uncover new potential human therapies.

Evolutionary medical microbiologist, Aleeza Gerstein is an Assistant Professor, jointly hired by the Departments of Microbiology and Statistics. Her work applies evolutionary principles and statistical models to understand drug resistance and virulence in human fungal pathogens. 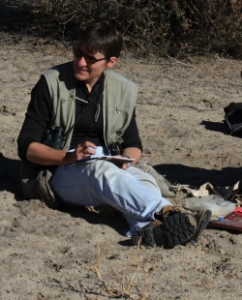 Biologist Jane Waterman, studies the social behaviour of the cape ground squirrel in Africa’s Namib Desert. She also leads a scientific initiative International Student-Led Arctic Monitoring and Research (ISAMR), a coalition of students, teachers, and professional researchers who are monitoring Polar Bear populations in Churchill along the shores of Hudson’s Bay.

Mathematics and the power of relationship building for Indigenous student success

Mathematics Instructor Darja Barr, is developing new outreach initiatives to recruit and attract Indigenous youth into the mathematical sciences, in collaboration with the Pacific Institute for the Mathematical Sciences along with several other faculties and units on campus. Barr, is also developing best practices for teaching the mathematical sciences based on evidence-driven research, and is debunking myths and commonly held misconceptions about how students learn. 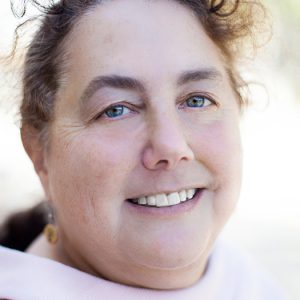 Understanding the evolution of galaxies

Astrophysicist Stefi Baum is also Dean of the Faculty of Science. Baum’s research focuses in two areas: (i) the study of activity in galaxies and its relation to galaxy evolution and (ii) the development of image processing, statistical algorithms, and calibration techniques for brain imaging for the diagnosis of mental health and learning disabilities. Recently her team’s findings suggest the activity of a supermassive black hole and galactic fountain phenomena may help explain why galaxies stop growing.

‘Its not just about computers’: a more inclusive model of computer science

Computer scientist, Andrea Bunt is an Associate Professor who studies HCI, human computer interaction,  researching the design and use of computer technology, focusing on the interface between people and computers, with the ultimate goal of improving usefulness of computers. Specifically, how people learn software and how to develop tools to better support software learning.

The Faculty of Science would also like to acknowledge two newly formed student groups, Women in Chemistry & Women in Computer Science who are bringing together women in science, fostering a sense of community and providing networking and career development opportunities.

Keep up to date with all the news and events from the Faculty of Science, sign up by emailing us to receive our newsletter.