When Robert Bertrand found out he’d won the Governor General’s Gold Medal for his PhD thesis work with lichens, he first thought of his late parents. Both passed away when he was young, so never got to see their son graduate from university.

“They cared very deeply about my education. I’m the first person in my family to receive an advanced degree – I hope I made my parents proud. My Ph.D. program was a wild ride and the Governor General’s Gold Medal is a momentous punctuation mark to conclude this chapter of my life! I am honored to receive this distinction!”

Born and raised in Winnipeg, Bertrand attended the University of Winnipeg Collegiate before segueing into an undergraduate degree. Unsure what he wanted to do, he began work on a biochemistry degree with thoughts of becoming a doctor.

“In my senior year, I was fortunate to meet Professor Michael Eze (UofW), who introduced me to the life of research. I fell in love with investigating difficult problems within the lab, and he inspired me to pursue advanced studies at the UofM.”

Once at the UM, he met Dr. John Sorenson of the Department of Chemistry. Sorenson’s focus was investigating the biosynthesis of naturally occurring molecules, a field of research which Bertrand found utterly compelling.

For his research, Bertrand chose to focus on lichens, a type of fungi that form symbiotic associations with algae. The molecules they produce can be potentially used as medicines or industrial additives. Farming lichens for these molecules is difficult due to their extremely slow growth. Archaeologists can even use them to estimate the age of ancient ruins.

“My goal was to identify the lichen genes responsible for producing interesting molecules and, like studying a miniature assembly line, figure out from starting materials to the final product how each molecule is made. We can then transplant the responsible genes into fast-growing bacteria, with the expectation that interesting molecules could be produced at industrial scale and delivered to the marketplace.”

For his part, Sorensen is thrilled at Bertrand’s win. “This is an outstanding achievement for such a dedicated and hard-working student.  Robert was the first researcher anywhere in the world to be able to conclusively link lichen genes to the production of bioactive molecules. Robert’s work will serve as foundation and inspiration for a number of other PhD projects in the Sorensen group.”

During the course of his PhD studies, Bertrand says he was fortunate to find someone in his lab in whom he could confide, as well as bounce ideas off.

“Mona was a fellow student within our lab. We became close friends and she helped me navigate through the most tumultuous moments of my program. I would be remiss if I did not mention the support, advice, and mentorship I received from John [Sorensen], who was instrumental in setting me along my career.”

Currently applying the skills he gained at the UofM to develop biofuels at the Lawrence Berkeley National Laboratory, Bertrand is asked for advice he might give to current and future Science students. He says that as an undergrad, he didn’t have a clear idea of what he wanted to do in the future.

“I kept my options open by taking difficult courses and by committing to a four-year degree. Explore your options. If unexpected opportunities appear, or if something excites you, you will have the necessary education to take advantage of it!”

Learn more about the research in the Sorensen Lab, check out the Podcast, “Being Curious”.

Chemistry Class of 2020 Faculty of Science 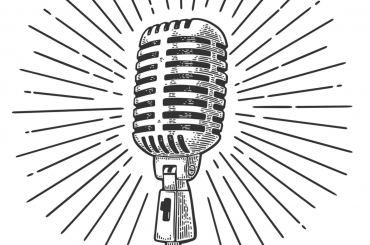