The year Princeton awarded a PhD in Physics to Roger Dube, he was one of only two Indigenous Americans who earned this honor from any U.S. university. Since then, more Indigenous people in North America have accessed higher education, but a great deal of work remains. In the interest of that work, Indigenous Scholar Dube and his wife Jeri arrived in Winnipeg last month, beginning a three-month residence in the Faculty of Science.

A Professor Emeritus from the Rochester Institute of Technology (R.I.T.) who takes pride in his Mohawk (Turtle Clan) roots, Dube has worked to increase awareness of Indigenous issues and to positively influence universities’ attitudes toward Indigenous people. One focus area at R.I.T. was recruiting and retaining Indigenous students.

Through their membership in the American Indian Science and Engineering Society (AISES), Dube and his wife mentor and advocate for Indigenous students on a national level. Dr. Dube also advises agencies such as the National Science Foundation (N.S.F.). on pertinent issues. Dube says the NSF has shared his comments with faculty around the U.S. 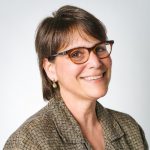 Both Dubes are Sequoyah Fellows with AISES, recognized for their commitment and acts of service to the organization’s mission, STEM and the American Indigenous community. Part of their service involves bringing their knowledge of improv comedy to the organization. Last year, Jeri gave a presentation on improv-inspired leadership concepts. And coming up, the pair will hold an improv workshop helping attendees communicate difficult science or technology topics to general audiences. They have conducted similar workshops at R.I.T. and other universities. Most recently, the couple held a workshop on the U of M campus to a “super receptive” audience. They scheduled three more in September and October.

Dube says their improv-related activities are examples of an unusual skill having a real connection to the Indigenous community:

“Often, Indigenous students are hesitant, and their presentation skills could use some beefing up. [Improv] gives them the tools they can use to become more comfortable and more engaging with their audience.”

“Improv applies to so much, because it’s about listening, and having the backs of the people around you and not making yourself look good necessarily, but making the whole team look good. There’s a lot of really cool things that have to go on psychologically to do a successful show.”

Besides reluctance to engage in public speaking, Dube says that science students and professionals have a variety of other hurdles to overcome when presenting technical topics to general audiences. This is often further amplified for Indigenous students since the quality of their primary and secondary school educations can make them insecure about their command of their field, as they pursue advanced degrees. This is especially true for those who live in remote communities with less-than-ideal facilities or instruction. Dube observes that some Indigenous students start their university careers without basic skills, leaving them at a disadvantage. Combined with social anxiety, potential encounters with racist classmates and/or faculty and culture shock, some Indigenous students feel  inadequate to the task before them.

Dube applauds spaces like the U of M’s Migizii Agamik (Bald Eagle Lodge), which provide Indigenous students a place of belonging; somewhere to identify positively with peers and take pride in their heritage. he hopes he can gain insights and feedback from the people here at University of Manitoba staff who support the Indigenous students. He would like the ideas he suggests for the Faculty of Science to complement all that the university already has in place.

“Indigenous peoples tend to not see themselves as scientists and engineers. They see themselves more as artists, or people connected with the land. They don’t recognize that both art and connection to the land pair perfectly with science and mathematics. So we need to communicate this better, that takes support from peers and mentors, others like them who have been through it before and secured a pathway toward some advanced college degree. Role models provide assurances that ‘we can do this’.”

In fact, Indigenous people have been “done this” for generations. Dube uncovered scientific knowledge embedded in Indigenous languages. He cites an Iroquois word for the red fox, which translates to: “he must eat his red berries”.

The red berries in question are holly berries, which have a tough coating. When foxes eat the berries, at which point their digestive systems strip the coatings, releasing an enzyme the foxes lack. Once through the foxes’ digestive tract, the berries are ready to germinate. Thus, the term “must” refers to the interdependency of the fox and the holly bush.

“Just one little word contains all of this information about the scientific relationship between these two totally different organisms. There’s a lot of information packed into the language, carried forward but not written down, because [Indigenous people] didn’t do that.”

The Dubes are here until the end of October, working on improv training as well as on recruitment and retention issues related to Indigenous students. Jeri also assists with the upcoming planning for the 50th anniversary of the Faculty of Science. In addition, Dr. Dube will present a seminar on Friday, September 20th entitled “The Continual Threat of Space Weather Storms” the talk will review “… the nature of these technology-devastating storms, what we have learned about their strength and frequency, and what would happen should the worst type, a Carrington event, hit us today.” 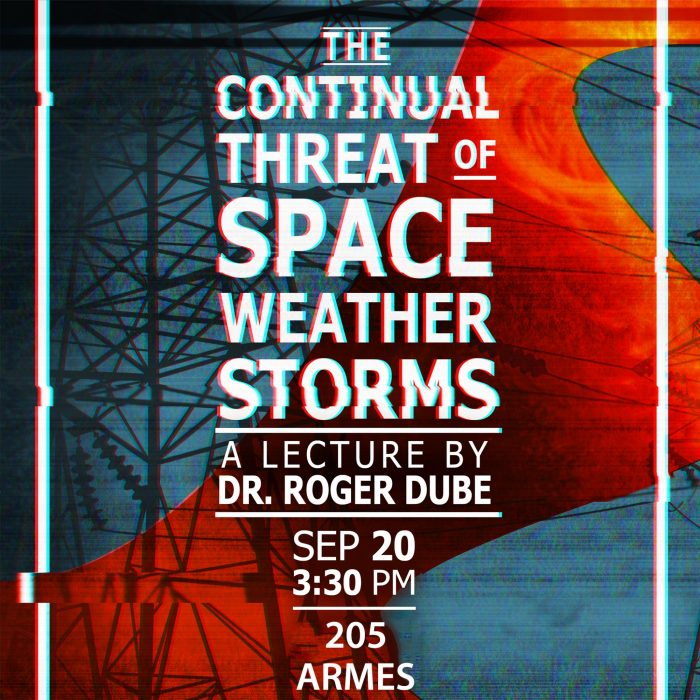