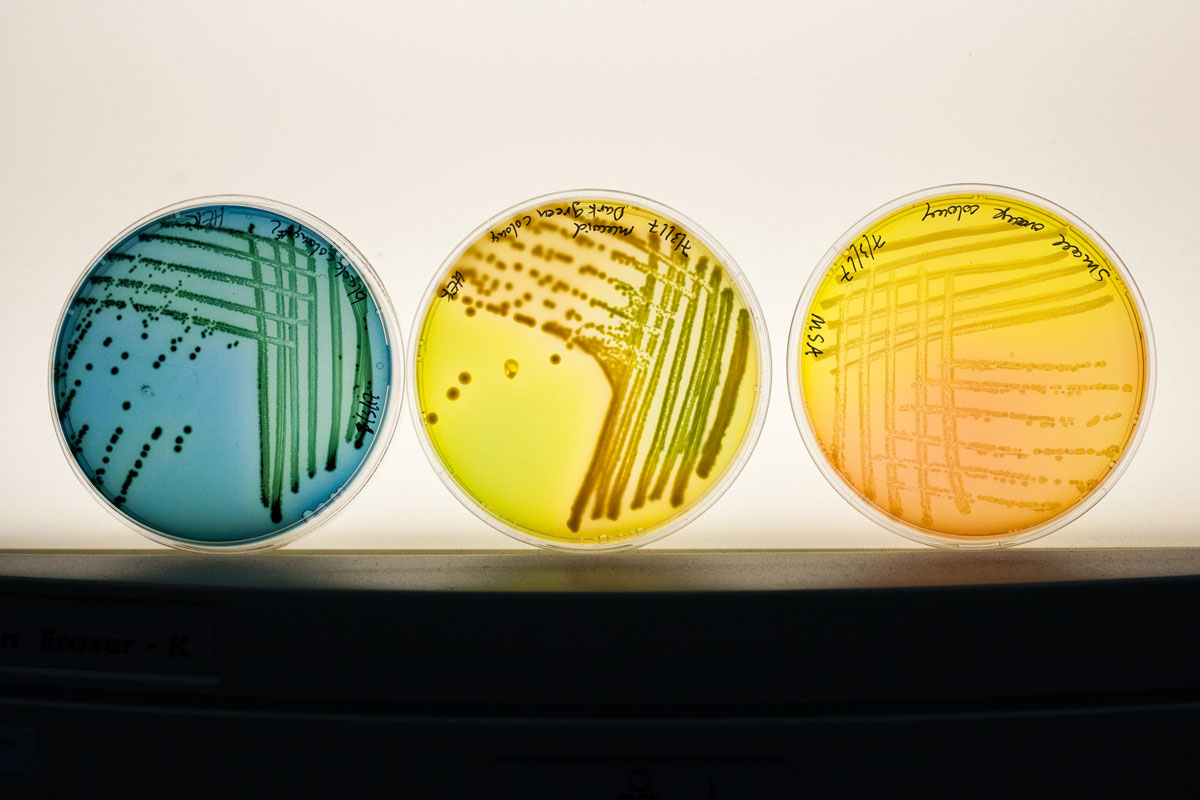 Ask the average person what they know about Listeria, and it’s a pretty good bet that “cool” won’t be a word that gets used. Then again, Professor Nancy Freitag is far from the average person. A respected Listeria researcher and professor of microbiology and immunology at the University of Chicago at Illinois, Freitag happened upon her specialty quite by accident, but that doesn’t mean she’s any less excited about it. Good thing, since she has been invited to be the plenary speaker at the upcoming 68th Annual Canadian Society of Microbiologists Conference, June 18th through 21st here at the University of Manitoba. Hosted by the Department of Microbiology in the Faculty of Science, the conference will showcase the latest in microbiological research, as well as present up and coming researchers in the field.

“I thought I was going to go into neuroscience. I joined the Biological Chemistry department as a graduate student at UCLA and did a rotation in a lab that worked on DNA repair mechanisms in E. coli.  I loved being able to do both the biochemistry and the genetics with bacteria, and it was so much easier (and more pleasant!) than running to the slaughter house for cow brains and grinding them up in a blender.

“I got interested in Bacillus subtilis after graduate school and the whole sporulation program. I applied to a lab at the University of Pennsylvania that worked on B. subtilis, but the PI told me he was actually leaving the university and recommended a new young professor, Dan Portnoy. I talked to Dan and he was so enthusiastic and he got me excited about the Listeria projects – here was a bacterium for which there was both genetics and tissue culture and animal models of infection. It sounded so cool. I joined as his second ever postdoc and it was a terrific experience.”

Freitag’s love affair with science is longstanding. Growing up, her tax-accountant father spent dinnertimes discussing science-related news with the young Freitag and her older sister, Catherine. In fact, it was her big sister who got Freitag interested in science and encouraged her to find a lab during her freshman year in college. She considered becoming a physician, even going so far as to sign up to take an MCAT review course, but ultimately decided that particular career path wasn’t for her.

Upon her arrival at UIC, the United States’ largest medical school, with research expenditures exceeding $412 million, Freitag found herself giving lectures to medical students. It was more than she bargained for, considering the course she was assigned to teach was badly organized, with exam questions on material that hadn’t yet been covered.

“I was asked to take over the course, so I re-organized it, put together new exam questions that covered the correct material, and the students were so grateful – it turned out to be really rewarding. I’ve been more deeply involved in teaching ever since. I also learned an important lesson – it can be good to take on a project that has been a disaster, because if you accomplish anything at all you look like a miracle worker!  The fixes to the course were actually pretty simple, but it made a big difference.”

Freitag’s area of expertise is fairly well-known to the public, considering Listeria is often cited in the news with regards to recalls of contaminated food products. First documented in 1924, the disease was eventually named after surgeon Dr. Joseph Lister, an early proponent of antiseptic procedures.  The bacteria can result in listeriosis, an infection caused by eating listeria-contaminated food. While healthy individuals may only experience listeriosis as gastroenteritis, pregnant women, newborns, the elderly and those with weakened immune systems can become seriously ill. The fatality rate of the overt form of the disease is around 20%.

“We don’t know a tremendous amount about the life of Listeria in the soil, but it is a widespread organism and can be found in association with soil and groundwater. It’s thought to grow off of decaying plant material, and it has a bunch of different transport systems for carbon sources. It probably has to contend with other lower eukaryotes that are trying to eat it, such as amoebae and nematodes. This is probably how it developed and maintains activities that enable it to cause disease in mammals. It can escape from a eukaryotic phagosome, which might be a handy thing if an amoeba is trying to eat you.

“[Listeria] has to deal with all of the stresses encountered with passage through the stomach and intestine, and those environments may prime it to cross the intestinal epithelial cell barrier. It appears to have a tropism for the central nervous system and can cause brain infections and meningitis. It can also invade the placenta and fetus of pregnant women and cause miscarriage, abortion, and neonatal death.”

With such profound implications for humans, Freitag’s research is vital. She has found that Listeria carefully regulates the expression of the gene products it needs for mammalian infection.  It seems to be able to carefully balance what it needs to survive inside and outside of host cells. She’s also exploring the connection between anesthetics and bacterial infections. This line of inquiry was inspired by one Freitag’s graduate students, Lavanya Visvabharathy.

“[Lavanya] came to my lab and was interested in cross talk between the CNS and the immune system. She started investigating the effects of one of the most common drugs used to induce anesthesia in patients, propofol, and found that brief exposure to [it] significantly increased the susceptibility of mice to infection. We have seen this now with Listeria, Staphylococcus aureus, and recently Klebsiella pnuemoniae infections using both bloodstream and lung models of infection. Others are now reporting similar findings.

“We think propofol or a metabolite of propofol somehow interferes with the functioning of immune effector cells, possibly monocytes. We’re working to explore this in more detail.  [This particular anesthetic] is very widely used, so if this work extends beyond rodent models it may be something to keep in mind for patients who need anesthesia but are at serious risk for infection.”

Former UIC colleague and current collaborator Dr. Gerd Prehna recently moved to Winnipeg from UCI and is looking forward to welcoming Freitag to the city. He’s certain her lecture at this year’s CSM conference will be of great interest to those in attendance.

“Nancy’s research into Listeria monocytogenes has shed light on how this important pathogen has successfully adapted to survive within a mammalian host. Specifically, her work has taught us a lot about the molecular genetics and biochemistry of protein secretion in Gram-positive bacteria.”

Having spent time in Toronto, Vancouver and Banff, Freitag is looking forward to seeing Winnipeg for the first time. She is excited to take part in her first CSM conference.

“This will be my first CSM and I’m really looking forward to it!  I’m so delighted to be part of this terrific meeting.”