On Star Trek, Captains Kirk and Picard often had to contend with their Romulan adversaries who possessed a “cloaking device” that rendered their ships invisible. Back on Earth, cop shows on TV often show suspects in an interrogation room with an interviewer while others outside watch behind a two-way mirror that seems like a regular mirror to those inside. It’s a way to observe without being seen yourself.

Physicists call such cloaking devices and two-way mirrors “nonreciprocal,” meaning that information or energy or light can flow in one direction, but not in another. In other words, with such a device, “I can see you, but you can’t see me.” 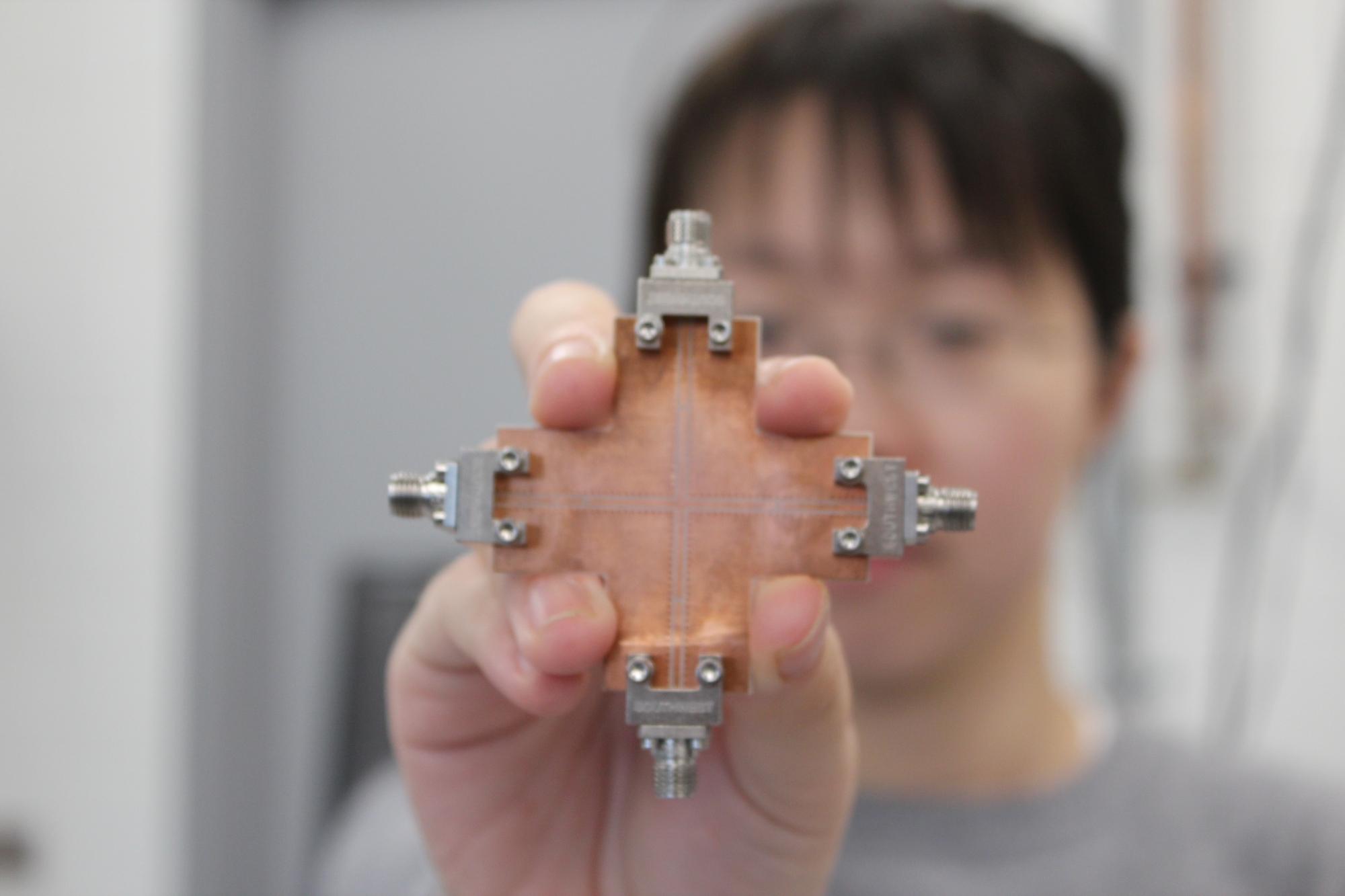 The nonreciprocal cavity magnonics device that can “cloak”

You can already buy windows that block sunlight, but blocking other kinds of electromagnetic radiation is much harder to do. Your cell phone, for example, operates with microwaves, and you probably would like to keep others from eavesdropping on your conversations.

Recently, Dr. Yipu Wang and PhD students Jinwei Rao and Ying Yang from Dr. Can-Ming Hu’s physics research group in the Faculty of Science have made a nonreciprocal microwave device that is completely opaque for microwaves traveling in one direction, but transparent in others. In a paper published this month in Physical Review Letters, they announce their discovery of “unidirectional invisibility” that can completely block microwave photons in a desired direction.

“A quantum object is like an extremely sensitive criminal,” explains Wang. “Police (physicists and engineers) want to watch (measure) him by detecting microwaves, but they have to be very careful to avoid scaring or disturbing him by letting any noises leaking back into the interrogation room.”

This ability to “steer” microwave photons could in theory allow a microwave system to be shielded from observation by external observers.

Wang notes: “Such a nonreciprocal device could be used in developing quantum information technologies, in which the Canadian government is planning to invest hundreds of million dollars over the next few years. It’s a hot and highly competitive research frontier right now.”