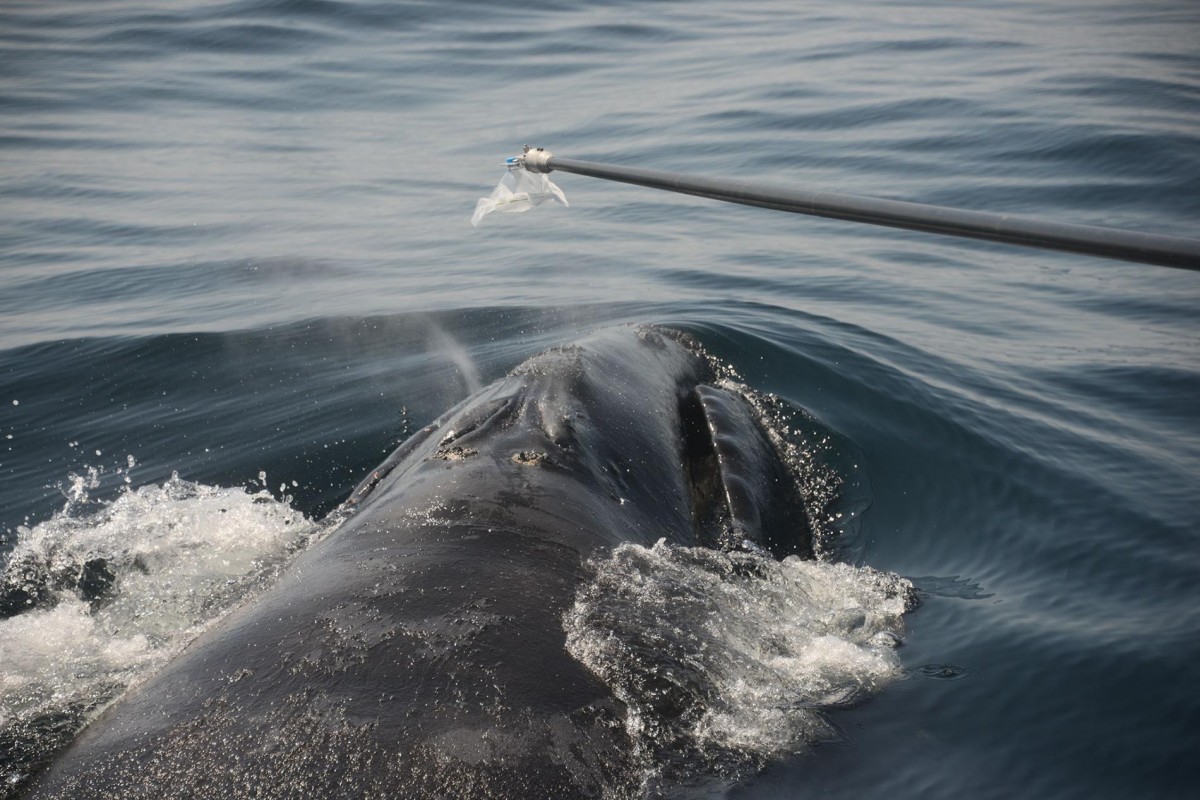 UM Today: National Geographic: How Do You Study Endangered Whales? Collect Their Snot

You'd be surprised what you can learn from a whale’s blowhole. A new technique allows scientists to accurately measure hormone levels in whales using only their breath.

Because whales blow at the surface of the ocean, water gets mixed in with the material they expel. This dilutes the samples, like a breathalyzer that can detect the presence of alcohol, but not the concentration.

Fortunately, there is now a way to distill the important material from whale blow, according to a new study in Scientific Reports. By measuring a substance known as urea, a naturally occurring byproduct of metabolism found in blood, urine, and exhalations, researchers are now able to determine exactly how diluted the blow sample is.

At the University of Manitoba, master’s student Justine Hudson spends her field days attempting to sample beluga snot to measure stress levels across the population.

“This paper will definitely help my research,” says Hudson. “Our samples contain a lot of water because we’re collecting them from free-swimming belugas, which makes it hard to quantify the amount of respiratory vapor in the sample.”

As with the right whales, finding ways to study belugas without harming them is the goal.

“Our work is conducted in Churchill, Manitoba and community members requested that we study the belugas in the least invasive way possible,” says Hudson.

“Non-invasive sampling is also important for stress studies because a lot of the techniques that have been used to study stress,” like drawing blood, “can cause a stress response.”