Home>news>wfp this aint your grandpas battery

WFP: ‘This ain’t your grandpa’s battery’

Christian Kuss, an assistant professor (chemistry), whose research focuses on new materials for energy storage and other electrochemical applications, and Michael McDonald, the operations manager at NFI Group Inc.’s innovation center weigh in on the technology of the future – electric vehicles.

The Ford F-150 Lightning is making a splash as the electric vehicle that could move the mark forward for a big segment of motorists across the country.

Ford is far from alone on the electrification stage, as automakers around the world have been making big shows this year of their latest electric models and new technology.

Ford’s F-150 pickup stands out because it has been the best-selling vehicle — and not just in the truck segment— in Canada and the U.S. for years, and is being touted as the one that could shift electric vehicles from the niche market to the mainstream.

However, whether it’s Ford’s widely popular truck or Winnipeg-made buses, every inch of the electric transportation industry is underpinned by one thing: batteries.

For people who aren’t regularly tuning in to the advancements in this realm, it can be confusing, dense and full of misinformation.

The same technology that powers the smartphone in your hand also powers electric vehicles — the lithium-ion battery. This battery technology was first put into commercial production by Sony in 1991 but has advanced by leaps and bounds over the last three decades. 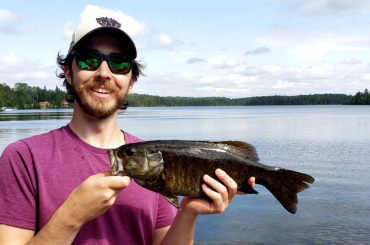