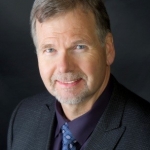 Tony Williams was a founder and President of PBI Actuarial Consultants Ltd. from PBI’s inception in February 2008 until his retirement from PBI in June 2016. From 1984 until 2008, he was a senior manager and consulting actuary with Watson Wyatt Worldwide, Buck Consultants, Towers Perrin, and J&HWF in their Calgary, Vancouver and Toronto offices. From 1977 until 1984, Tony worked as an actuarial student in Winnipeg.

Tony has over 40 years of pension, investment and benefits industry experience.  He has provided consulting advice to many prominent organizations in the private sector and public sector across Canada including pension funds, benefit trusts, insurance companies, and First Nations.  He specialized in actuarial and investment consulting for retirement plans and trust funds.

Tony holds a Bachelor of Science (Honours) in Actuarial Mathematics from the University of Manitoba, graduating in 1977.  He is a Fellow of the Society of Actuaries (FSA) and a Fellow of the Canadian Institute of Actuaries (CIA) and became a fully qualified actuary in 1985.  Tony has been an active member of the actuarial profession throughout his career. He is a former member of the Canadian Actuarial Standards Board (ASB), and is a former Chair of the CIA Committee on Investment Practice.

He is currently Chair of the Board of Directors of the Verna J. Kirkness Education Foundation which promotes post-secondary education in Science, Engineering, and Medicine for Indigenous Canadians. Tony is a Member of the University of Manitoba, Faculty of Science, Dean’s External Advisory Board.