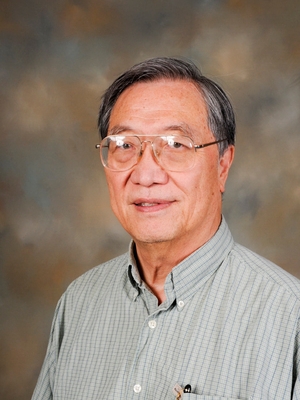 On June 1, 2010, Dr. James C. Fu was awarded the Professor Emeritus designation by the University of Manitoba. Dr. Fu joined the Department of Statistics in 1974 and has made significant contributions to the disciplines of statistics and probability over his career. Dr. Fu has over seventy papers in scientific journals. He is best known for the development, with Markos Koutras, of the Finite Markov Chain Imbedding technique for determining probability distributions of runs and patterns. This technique has wide applicability. For example, it has been used in bioinformatics, for analyzing DNA sequences, and in reliability theory, for determining probabilities of system failures. Another of Dr. Fu’s contributions is the use of the large deviation approach for studying asymptotic distributions and rates of convergence of consistent estimators. Dr. Fu has supervised a number of graduate students. His work is highly cited; one of his papers received a Citation Classic Award from the Institute for Scientific Information. Dr. Fu has served as editor or associate editor for a number of international journals and as President of the International Chinese Statistical Association. He is also a Fellow of the Institute of Mathematical Statistics. On his retirement, an international symposium, Fu-Fest 2009, was held at the University of Manitoba in his honour.